WORLD RECORD #2
Date: July 10, 2004
World Record: First and only author to do a book signing at the top of Mount Kilimanjaro
Documentation: Photos, newspaper clippings, certificate, appears in Ripley’s book.
Height: 19, 340 feet up
Where: Mount Kilimanjaro, Tanzania, Africa.
Temperature: Minus 15 degrees, Forty-five mile an hour winds
Interesting Sidenotes:Picture of Fran’s book signing appears in the Ripley’s Believe it or Not – Planet Eccentric book – 2006.
Picture circulated around the world.
Picture of book signing is now on greeting cards (see bookstore for more details).

Proceeds from sales go to the Tella Primary School in Africa to help them buy supplies and keep kids educated for the year. 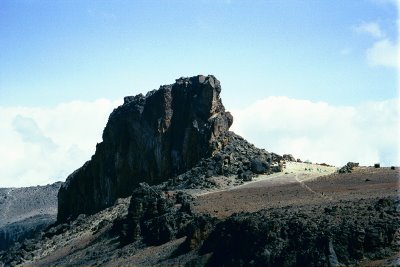 Well, Spencer and I made it back from Africa in one piece – it was awesome – a trip of a lifetime.

We got home Saturday night after a 22 hour flight (in which we had a five hour stopover in Amsterdam and paid a visit to Anne Franks house, Rembrandt’s house, and of course peeked at the famed Red Light District.) 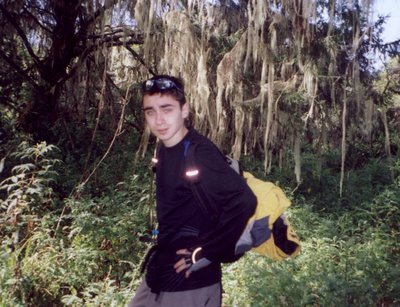 We have pictures and our certificates to prove it, but I have to say it was the hardest thing we ever did in our entire lives.

There are seven routes up Kili. We took Shira route to the Western Breach, with a company Corbet Bishop Safaris. (Corbet, btw was the guy who led the IMAX movie team up the mountain.

We took the same route that was featured in that film). It’s considered the hardest route, only for those fit souls. Well, let me tell you. It was HARD! VERY, VERY HARD! And this is coming from a girl who has scuba dived with sharks, ran the marathon, and did a 100 mile bike ride in one day. 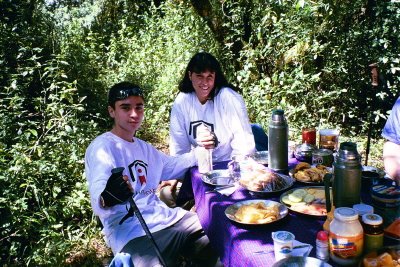 We started day one at 7,000 feet in the forest zone…for the next 5 days we progressed nicely, occasionally headaches, but nothing to worry about. 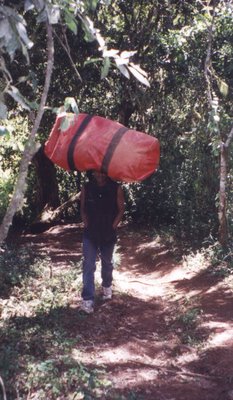 All our appetites were good. We ate in the middle of the trails during our climb with pretty elaborate spreads considering where we were. The food was excellent.

The porters were excellent. They’d carry 65 pounds on their heads for $10 a day without complaining! We were told that was an excellent salary!

The guides fantastic, and joked with us all the way, encouraging us every step of the way. 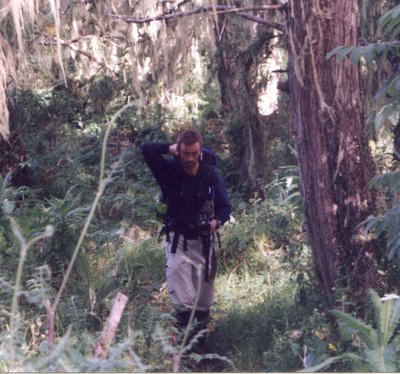 It was a real first class operation. A blister here and there, no worries because we had Paul Swen, survival medical expert and photographer on our side watching out for us.

It was 90 degrees in the day, and freezing at night. We went through forest zone, heather, moorland, desert, alpine and glacier – each having it’s own beauty. 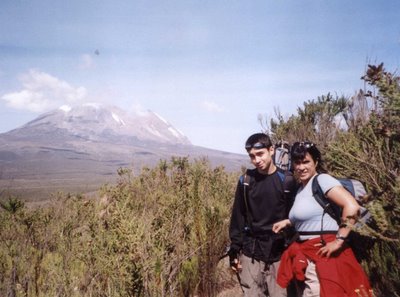 There were four climbers; Me, Spencer, Chuck (president of Stride Rite shoes), and his fifteen-year-old daughter, Libby.

We were all fine till the night before the summit at 16,000 feet at arrow glacier camp. That night we were woken up at 11 PM.

We managed to get our gear on in the dark crowded tents, then started to climb with nothing but our headlamps and guides to guide us.

Well, as if that wasn’t exciting enough, it happened to be the worst wind the guides had seen in over twenty years. It was minus fifteen degrees with 45-mph winds. (The norm btw is about 10 degrees and mild winds.) 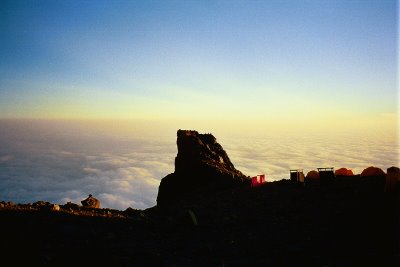 At midnight I started to get nauseous (just one of the many side effects of altitude sickness). I stayed nauseous (ain’t’ that lovely) for the next 15 hours!

We had to stop and brace ourselves as the wind pushed us on the mountainside.

By one a.m. both Spencer and Libby were upset. Libby could not feel her toes, and Spencer could not feel his hands. Both were scared of frostbite. Both literally cried in pain.

Our water bottles froze so we could not drink water and we had to rely on the guides who had better insulated bottles so we wouldn’t dehydrate. 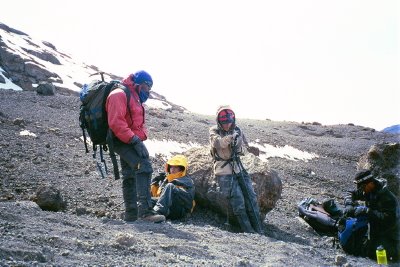 Our guides encouraged us on, even though all we wanted to do was sleep. Realistically in the dark at that hour there was no where to go but up. We saw the crystal clear moon over the rim and were told…we just have to go over the rim and we are there. (There were five such rims we had to go over!)
Spencer, Chuck and Libby reached the crater at 9:40 AM.

I came in 20 minutes later. It was so cold at the top that we had to brace ourselves with locked arms, three across with our heads down to forge ahead. 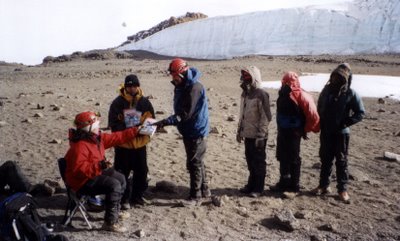 At one point we hid behind a giant rock to protect ourselves against the wind. The view up there was gorgeous…huge glaciers every where.

Clouds below you, rocks strewn about. It was like being on another planet. It was amazing to be up there. We were the only ones up there at that time.

It was bitter cold, but we snapped some quick photos, and I got my shot of me doing the book signing at the top of Kilimanjaro. 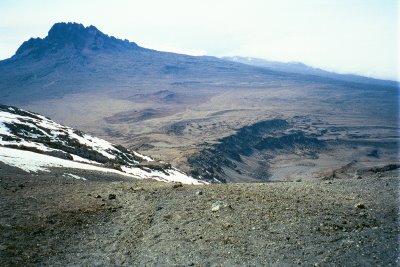 At that point, Spencer had signs of altitude sickness. His lungs hurt, he was a bit disoriented and his lips were blue. Libby was showing signs as well. Paul, our main guide, said they had to go down immediately – the only cure for altitude sickness is to descend.

Plus the weather conditions were very bad, with strong winds draining our energy. For the next five hours we scrambled down the mountain, walking in knee deep scree (loose rock). 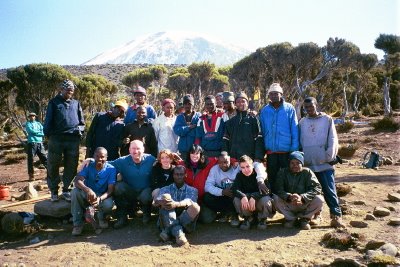 After a total of 15 hours of walking we made it to our lunch spot at two p.m. – 15,000 feet. Then we walked another two hours to our camp that night. We snapped a picture the next morning before we broke camp. The mountain now far in the background. 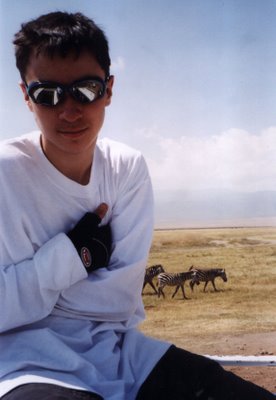 With everyone refreshed from a good night’s sleep, we walk the last few miles down the mountain.

Spencer, anxious to get down, actually ran down in two hours with one of the porters. They laughed at his speed, “You strong white boy.” The rest of us took four hours to get down. Once down we signed out of the park and received our certificates. 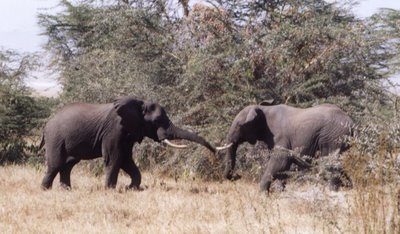 After that we cleaned up, and spent the next five days on safari. We saw Rhino, hippo, lions, etc. It was awesome.

At night we would hear lions roar outside our tents. We fed bush babies bananas, saw baby elephants, and just took in all the sights around us. 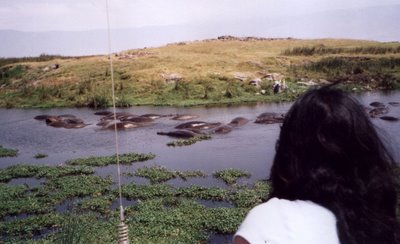 It may have been the roughest and most challenging adventure we ever faced…but it was worth every minute of it.

Corbet Bishop Safaris did an outstanding job taking care of us every step of the way. Spencer and I were lucky enough to have sponsors like Authorhouse and Snickers Marathon Energy bars behind us as well. 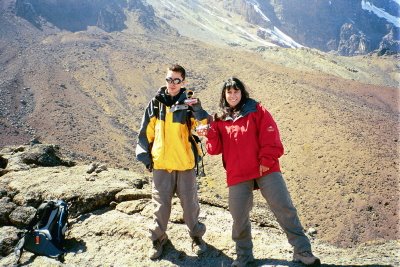 Till my next adventure…hope you all are doing well. 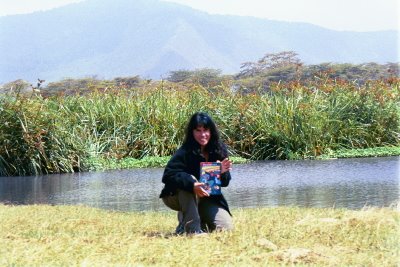 Note: GREETING CARDS. The proceeds from the sale of these greeting cards go to buy supplies and educate the children of the Tella Primary School in Tanzania.