Fran Capo has been on both sides of the page, profiled as a celebrity in over 2000 articles and internet sites. She’s been featured in several show business and business books, including Comic Lives by Betsy Borns, Revolutionary Laughter by Roz Warren, Tricks of the Trade by Jerry Dunn, The book of Wisdom by Multnomah, How to Become a Recognized Authority by Bob Bly, and My Word!:Celebrities reveal their favorite words by Victor Knight, Jr. As well as in many world record books.

Just GOOGLE Fran Capo and you will see hundreds of pages with her work show up. 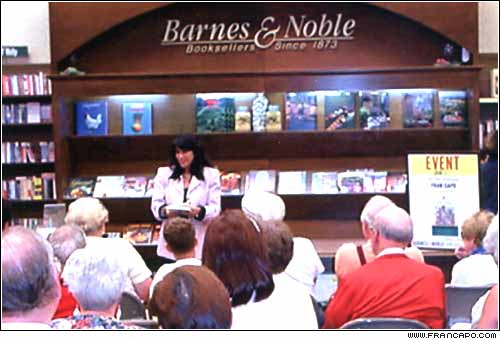 In addition to being written about, Capo is a prolific author who has written 22 books in a variety of categories, from history, to adventure to self-help to comic crime and her spiritual book, “Hopeville: The City of light” that hit #11 on Amazon! 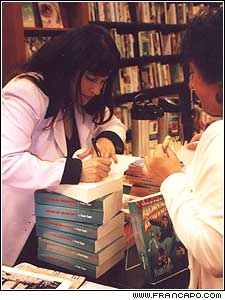 COMEDY WRITER For TV, radio and scripts. Fran writes her own stand up comedy. She is presently one of the writers on the film “Sensei and the Goldman” the prequel to the film, “Father and Father” that won 22 awards.

You can check out Fran’s writing samples in the Article Archives Below:

All the Kings Horses

How to be a great talk show host

Just Give Em a box

Trying to have it all 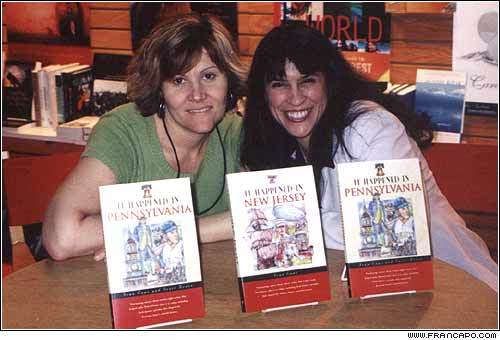 CONTRIBUTOR TO OTHER BOOKS:
Looking for first person stories for you collaborative books? Fran doesn’t only stick to her own books. She supports other authors and has been a contributor in their books as well. Fran has written for Chicken Soup for the Woman’s Soul and the Random House book, Life’s a Stitch. She went on a media tour with these author’s helping to promote their books as well.

INSPIRATIONAL: Looking for upbeat hope filled articles? Fran’s appeared in Celebritycafe.com,  was the comedy and celebrity guru for Lifetips.com. and for the WB and their website.

TREND SETTER: Capo was the co-creator of the VERY FIRST CYBERSITCOM called, “The Estrogen Files” where she wrote seventy-seven episodes for them. Her stuff has been trended on twitter and she has gone viral. 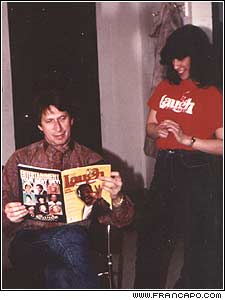 COMEDY WRITER: Fran writes her own stand up comedy, and has written a TV sitcom (The Estrogen Files) and a screenplay (Almost a Wise Guy). She has also written several comedy skits and commercial parodies. (Check out the MasterCard parody in the video sample section of this website.)

CUPPA CAPO LIVE & CAPO UPDATE newsletter:
Capo Update is sent out to her subscribers.
You can check out Fran’s writing samples in the Article Archives.

During the 2020 Coronavirus when Capo couldn’t perform live she created Cuppa Capo Live on FB every Mon and Wed at 11 a.m. est telling funny stories, giving life hacks and motivation.

What Can I Do For You?