In this section you will see Fran as spokesperson for some Ripley’s events, and also holding or posing with some very bizarre things…yes believe or not. 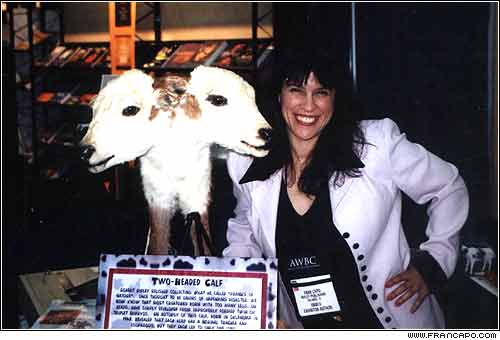 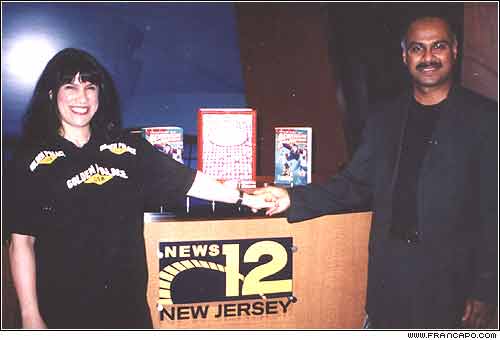 Fran on News 12 talking about Ripley’s as sponsor for her Titanic adventure. 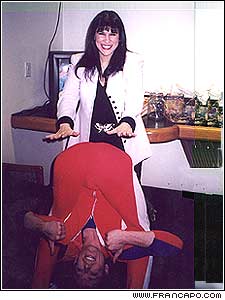 Fran is in the green room at the Montel Williams Show. She stops to pose with Rubber Boy, who you may recognize from an episode of CSI. He was the guy stuffed inside the crate. What a surprise…no stunt double. 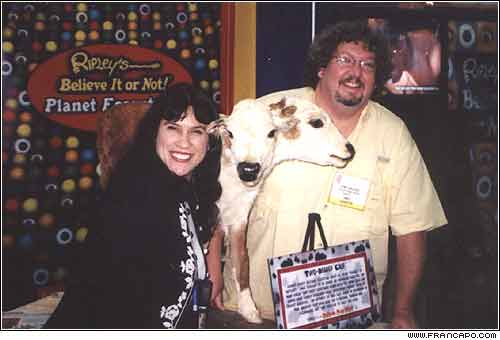 Fran is spokesperson of the Ripley’s Believe it or Not – Planet Eccentric book. She poses in the Book Expo of America booth with Ripley’s a two headed cow and artist, John Graziano, who did a cartoon of her for the Ripley’s comic strip. 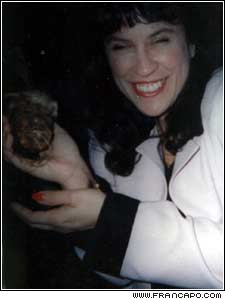 Yup that is Fran with a genuine shrunken head in her hands. It doesn’t get wierder than this. 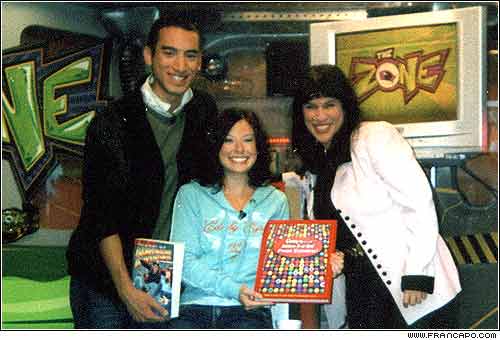 Fran is featured on the popular Canadian kids show, Zone TV. Talking about Ripley’s and her titanic adventure.